I am really excited! Animal Care Clinic was just invited to join Starlink's "Better Than Nothing Beta" program. In this post, I'll tell you about why I'm excited and we'll explore what Starlink is and how it works.
When the hardware arrives, I'll post about the unboxing, installation and impressions. Stay tuned for those. You can also watch my YouTube videos on this as well (the link is at the bottom).

Why Am I so Excited About Starlink?

Simple: Animal Care Clinic switched our practice management software to the cloud a year ago. This is cutting-edge for veterinary clinics (I know: the cloud isn't exactly cutting-edge, but our software tends to dismally behind the times...) which allows us to provide more integrated care for your pets.
However, this means we need rock-solid internet. We have a reasonable high-speed connection, but it's a little flaky - it tends to be more unstable than we would like (we lose connectivity for 5 - 30 minutes semi-regularly, which doesn't play well with cloud-based software). As a result, we want a second, independent internet connection for back-up.

Animal Care Clinic is a Farm? 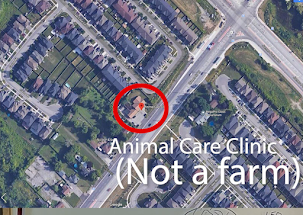 So, the issue we have is that, despite being decidedly in suburbia - we are in Brampton in the suburbs of the Greater Toronto Area - our clinic has been around for so long, that we are still zoned as an agricultural property. We are essentially seen as a little farm in the middle of the suburbs.
Unfortunately, this means the only feasible option for a back-up connection is the really slow "high-speed" country DSL connection, which quite frankly, isn't up to the task. This is despite me watching one of the Big Guys laying down fibre optic internet cable about 30' from our front door. They have refused to hook us up as it's "not available in our area". Hey: We aren't a farm! Sigh.

A lot of people don't realize that I am a huge space nerd (I even have my own space website: outerspaceinfo.com - check it out :). As a result, I've been watching the incredible rise of SpaceX with great interest.

SpaceX is a company that is driven to land people on Mars to create a "back-up" civilization of humans (seriously). It was founded by Elon Musk (the same guy with that little electric car company you may have heard of called Tesla!). To do this, they needed to build rockets that are far more efficient than any every built before. To do this, they decided to start with improving orbital rockets (these are rockets used for getting things - like satellites - into earth orbit vs. going to Mars). This includes reusing orbital rockets - something that was considered basically impossible before SpaceX proved otherwise.
After near-bankruptcy on several occasions, fast-forward nearly 2 decades, and they are now one of the dominant space launch companies. In May 2020 they even became the first private company to launch astronauts into space (to the International Space Station). What they are doing is literally revolutionary for space travel.

Have you ever seen SpaceX land a rocket? It's awesome (this one is landing on a pitching barge in the Atlantic ocean!):

What Does SpaceX Have to Do With ACC Internet??

Everything: SpaceX, to fund their ongoing efforts to get to Mars, have started to build the Starlink satellite internet constellation. Like SpaceX, Starlink is a revolutionary concept.

SpaceX started launching Starlink satellites a few years ago and is quickly building a huge network of satellites. It is currently in the beta testing phase, meaning that only a select few people have access to try it (mainly those in remote regions).

Why is Starlink Revolutionary?

Starlink is revolutionary simply because its satellites are in low earth orbit (LEO). Current internet satellites are in geosynchronous orbit (GSO - meaning they stay over the same spot on earth). The difference is all about data transfer speed (called latency) and coverage.

Aside: A Primer on Good Internet 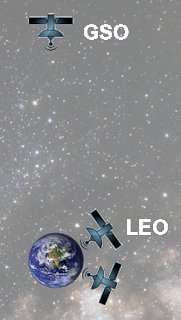 GSO satellites are really high up (around 36,000 km high), so signals travelling to and from them - even at the speed of light - take a while, which means higher latency (often 100-200 ms). This was OK back in the days when we just loaded static web pages (and for satellite TV before that, as the signal was only one-way), but in the COVID-fueled video conferencing world of today, this latency is simply too high.
LEO gets around this by being much closer to earth (400-500 km high or so - about 1/75th the height of GSO), which drops the latency dramatically - very close to land-line latency, which means we can do all of our real-time internetty stuff again.

This of course begs the question why the original internet satellites are in GSO. Why aren't they in LEO? This issue is that GSO is way simpler. GSO satellites stay over the same place on earth, which means they are way easier to set up: Simply point a satellite dish at them and you're done.
You also only need a few satellites to cover a large area (providing service to lots of people, which is more cost-effective for the satellite companies, since satellite launches cost around $200,000,000, give-or-take + the cost of the satellite).

To make a LEO satellite constellation work, you need 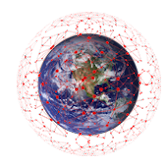 This is where Starlink really stands out: Since it's owned by the company that makes and launches the rockets, they get launches at cost. AND since SpaceX is the only company able to reuse rockets, the rockets used to launch Starlink have already paid for themselves in previous commercial launches. (Starlink rockets have been launched up to 7 times previously so far - that's a huge cost savings.)
Oh, and they also build their own satellites (very unusual), so they get those at cost too. And, BTW, those satellites themselves are also revolutionary, further improving the internet while lowering their cost... Just another day at SpaceX!

So there you go - Animal Care Clinic is truly joining the space age with Starlink internet service. It solves a big problem for Animal Care Clinic, it allows us to provide even better care for your pets, and it really delights the astronomy nerd in me. Win-win-win! :)
When the hardware arrives, I'll post our unboxing, installation and service experience.

More About Starlink and Space

Popular posts from this blog

Why Rabies Vaccination is a Whole Other ... Animal

I just read about a pet cat in BC that was euthanized after it was found playing with a bat.  The bat was caught, euthanized and sent for testing. It came back positive for rabies. The cat was not up-to-date on rabies vaccinations and the owners could not afford to board the cat for the 90 day quarantine that was required*. That only left government-mandated euthanasia - the government has no flexibility with these rules.  This is really sad - they had kids which makes this suck that much more - and illustrates one of the reasons why I encourage vaccination, including rabies vaccination. I won’t get into the over-vaccination debate here, as rabies vaccination is a whole other ... well ... animal. * This can be expensive: $40-$50 per day is not uncommon, so quarantine could have cost the owner $4,000 or more What Is Rabies? Rabies is a virus that is passed in the saliva of infected animals and enters the blood of its victim via any route it can (e.g. through a bite wound or mucous membr
Read more

A quick post today: The SpaceX Starlink hardware arrived at Animal Care Clinic, so I'll unbox it with you here. Exciting ... ! The Package The packaging is simple and very .. well ... SpaceX. It's a grey monolithic box with just the SpaceX and Starlink logos and an outline of the satellite receiver dish. The package measures about 82x66x23 cm (32x26x9 in) and weighs a little over 13kg (30lbs). And yes - it really did ship from SpaceX in Hawthorne California! Unboxing! Enough preamble - let's get to it! There is surprisingly little in the box. On top are the "detailed" instructions (you'll get the joke in a sec), and then the 4 (really - only 4) components, and the wiring that connects the components. Instructions These are the largest, simplest instructions I have ever seen. They are the size of the box (almost 3'x2'!) and yet contain only 3 steps in only pictures (like Ikea, but without the little people ... and confusion). Starlink Instructions 1) Go
Read more

What Does Listening to Your Pet With a Stethoscope Tell Us? 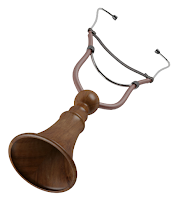 The humble stethoscope is synonymous with medical care. It's literally the first medical tool we get as doctors, and it's a part of our identity. But what do we actually learn  when we listen to your pet with a stethoscope? To find out, let's start by figuring out how a stethoscope works. How a Stethoscope Works Old-School Stethoscope A stethoscope works by simply amplifying the sounds of whatever it's pressed against. It's a really old-school medical instrument: It's literally just a hollow tube with one end enlarged to amplify sound (the end against your pet) and the other end narrowed to allow us to hear the sound (the end we poke in our ears). Sounds Good Firstly, it's important to understand that sound is simply waves of air. These waves of air push on our ear drums, causing them to wiggle and, through a series of complicated maneuvers in our middle and inner ears, gets turned into nerve impulses which our brain interprets as sound. The stethoscope turn
Read more